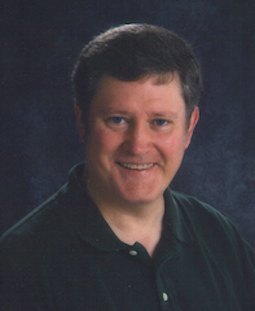 Jeff Krauklis recently retired as a band director after 28 years in schools in Holmen, Wis. As a composer, he has arranged or composed more than 200 works for band, orchestra, jazz band, marching band, chorus and show choir. An avid performer and brass teacher, he maintains an active trumpet studio and performs frequently as a soloist, in brass quintets, and in classical and jazz ensembles. Krauklis has served as trumpet coach for the Wisconsin School Music Association (WSMA) Middle Level State Honors Band and on the state board of directors for the Wisconsin chapter of the National Band Association. He was also a long-time adjudicator and clinician with WSMA. He received his Bachelor of Music Degree in Music Education from the University of Wisconsin-Stevens Point, and has a Master of Music Degree in Wind Conducting from Northwestern University. He has been in the conducting rotation of the La Crosse Concert Band for more than 20 years and was a long-time section leader and board member.