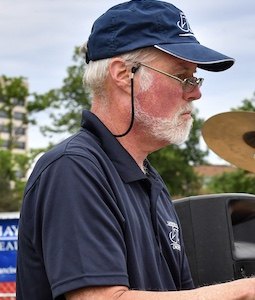 Chris Frye is originally from Ohio and studied music at Capital University and the University of Cincinnati College-Conservatory of Music. As a pianist, he has had the opportunity to perform with many artists including Kurt Elling, Sunny Wilkinson, Clark Terry, Marvin Stamm, Tom Scott, Cozy Cole, Roland Vasquez and many others. He has been a member of LJO since 1986 and performs frequently with area groups at restaurants, clubs and for private occasions. He is currently Professor of Music Theory at UW-La Crosse where he coordinates the music theory program and teaches courses in theory, aural skills, composition, music technology, orchestration, counterpoint and form and analysis.